Development and Trend Analysis of PCB Industry in China

Over the past decade, global PCBs have continued to migrate to Asia, especially China, and mainland China has quickly become a major electronics and PCB producer. China's domestic market potential and manufacturing advantages have attracted foreign investment, prompting China's PCB industry to grow in multiples in just a few years. The total output value of the industry has grown from 3.368 billion US dollars in 2000 to 21.636 billion US dollars in 2012. The world's largest PCB producing country. According to Prismark, China's PCB industry will continue to grow rapidly in the next few years, and its global market position will continue to increase. From 2012 to 2017, China's PCB output value will grow at a compound annual growth rate of 6.0%. By 2017, the total output value will reach US$28.872 billion, accounting for 44.13% of the global PCB output. 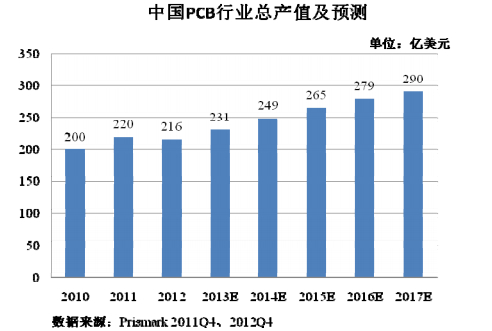 2. The regional distribution pattern of the domestic PCB industry has been formed. 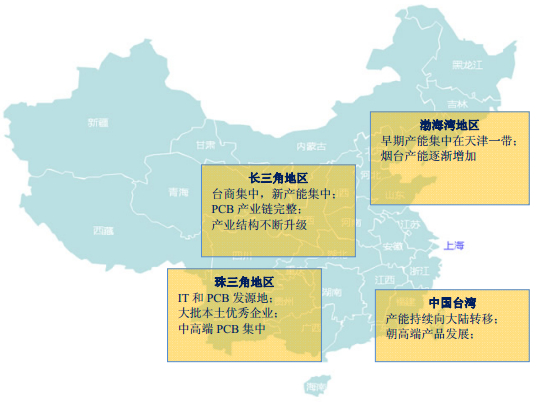 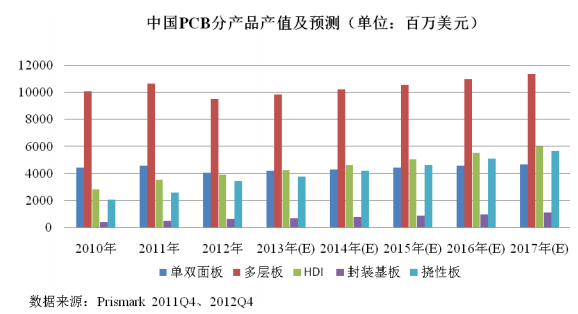 From the perspective of domestic PCB product development trends, the increase in output is slightly lower than the increase in sales, mainly due to the gradual development of product structure to multiple layers and high precision. China's multi-layer board and HDI board are in the growth stage of the industry, the scale is expanding, and the process is becoming more mature. Multi-layer boards are still the mainstream of market development; while HDI boards are driven by the demand for upgrading of downstream electronic information products, they are in a period of rapid development.


Previous：今天分享：pcb板设计工艺的一些原则
Disclaimer: this article is derived from Jin Zhizhuo website integration, such as articles and draft involve issues of copyright, the author in the contact, please in this website, we will deal with as soon as possible.
Address：http://www.gtl-tech.com/news/12.html
Share the：
If need to solve a problem, please join our WeChat customer service or online customer service;
Related articles
News
Home Electronic Design PCB Layout Design PCB Fabrication SMT Patch News About GTL Contact GTL